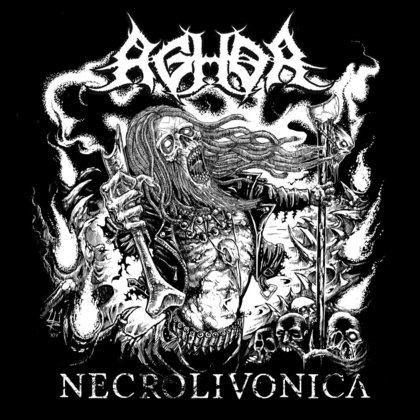 Gates (The Grey Galamity, Thy Lord, Manatark, Loits, Sorts, Põhjast) decided to revive the music of his teenage years under the name of Aghor in 2013, when he assembled the singer Alar (Symbolic State, Connatural Terror), the drummer Rain (Bestia, Kannabinõid) and the bassist Mantas (Pirit, Manatark, Loits, Sorts). This step was not incidental, as both Gates and Mantas, inspired by the first wave of Estonian death metal, started their music career in 1991 with bands such as Spawngrip (which later became The Grey Calamity) and Conspiratio Contra Christianum. During the first months of its existence Aghor has played a row of gigs, released a demo called the “Awe! Demo(n)” and some tracks on different compilations.

Drums have been recorded at the Hely Studios by Sander Heinsoo, the rest was recorded, mixed and designed by the band itself. The album artwork was made by Roberto Toderico. The author of Aghor’s logo is Christophe Szpajdel. “Necrolivonica” was released by Offense Records. 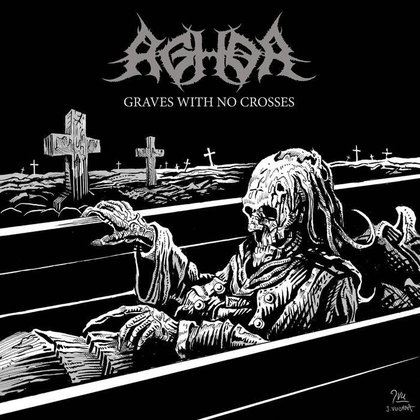 Aghor "Graves With No Crosses" LP 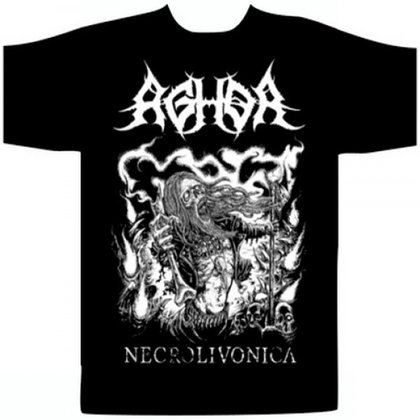