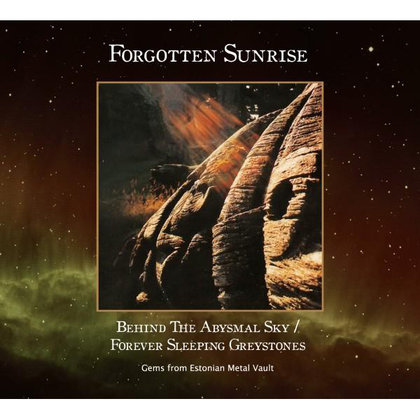 "Forever Sleeping Greystones" EP (1994)
7. Unknown Land Of Silence [MP3]
8. Ode To The Depressive Timedance
9. Enjoyment Of Sunrise
10. In Your Eyes

One of Estonia’s very first heavier bands Forgotten Sunrise, currently travelling dark-electro landscapes of increasing singularity, released two records in early 1990s, the importance of which to the development of the local extreme music scene is hard to overestimate. The dark and atmospheric demo "Behind The Abysmal Sky" (1993), together with the mini-album "Forever Sleeping Greystones" released by the Finnish Rising Realm Records in 1994, inspired scores of musicians in Estonia as well as abroad — which cannot have been hindered by Forgotten Sunrise’s boldness in experimentation with instruments uncommon in death-metal, such as synthesizer, violin, flute and the mouth harp. Now is the time to finally re-release these songs — together with seven rare live recordings of the same period, among them four tracks that have never before been released!

This was somehow expected to happen some day. It took some time, but it was absolutely worth waiting. Thanks to the Estonian Nailboard Records for understanding the true value of this sort of ´Estonian underground metal gem´ in question by putting it out finally after all these past years.

BEHIND THE ABYSMAL SKY/FOREVER SLEEPING GREYSTONES is a collection of Estonian Forgotten Sunrise´s early material, the band sounding very different compared to how they sound nowadays with their fusion of some electronic, industrial and experimental stuff mixed together.

Back in early 90s, Forgotten Sunrise was a heavy and original sounding death metal band, but they made a great difference by including synthesizer, violin, flute and the mouth harp into their very distinctive sound - and that way differing from the masses for their own good. The band´s BEHIND THE ABYSMAL SKY 4-track demo (with intro + outro) from 1993 - as well as their 1st 4-song EP FOREVER SLEEPING GREYSTONES that was originally released on a small Finnish Rising Realm Records label, were kinda revolutionary releases musically, in the world of death metal to be more precise. Forgotten Sunrise never took any secure and calculated shortcut in their blends and twists of death metal, but every time tried to make a difference by bringing something extraordinary into their own sound. To me, they were kind of like the Estonian answer to Finland´s death-rock act Xysma who had guts to try out something different musically within death metal - and even succeeding in it really well in my opinion. Originality and true uniqueness were the keywords for victorious results recording-wise for Forgotten Sunrise during the ever-blooming underground death metal days in early 90s, definitely.

7 rare live tracks from Forgotten Sunrise from the band´s past death metal period were also a definite plus to be included for this collection of their rare early works. I think only the Estonian and Finnish metalheads were in that privileged position to witness the band live back in the day. Getting some of this live material released on this really nice collection, gives us a fair glimpse to hear how they sounded onstage. The live sound is also thoroughly surprisingly good - or at least decent (presumably taken straight from the soundboard), so it made a lot of sense to get some Forgotten Sunrise live tracks included into this beautiful re-release of the band´s past and somewhat rare material.

In terms of getting to know a bit more about the past Estonian underground metal scene, I personally cannot see any reason why one should miss this re-release of Forgotten Sunrise as both the band´s demo and 1st EP are absolutely an integral part of the whole Estonian metal scene. Some 15 years ago Forgotten Sunrise were undoubtedly one of the few true pioneers out from the so obscure underground metal scene, just offering more than the regular milk and sugar within their own blend of death metal; with some extra flavors of honey, rum and salt in it, too. It was very easy to appreciate and value what they were doing back then - and it´s still very easy to appreciate all that reasoning for getting these Forgotten Sunrise gems re-released and out for some serious metal collectors again. Get this - preferably today rather than tomorrow. 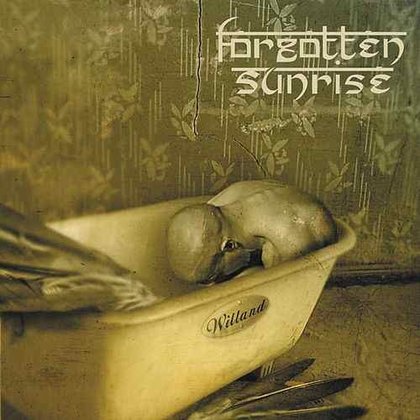