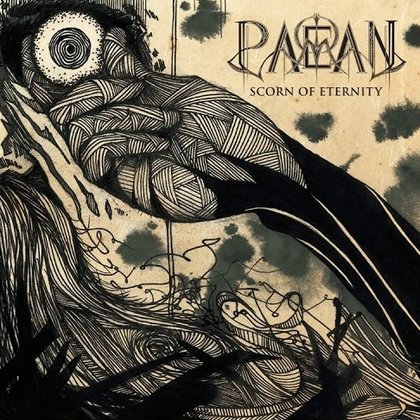 "Scorn Of Eternity" is conceptually a mixture of 20th century existential philosophy and psychoanalysis which is written in form of fiction, where the protagonist in order to end his sufferings less painfully, must give up human metaphysical ideals about the world, gods and the self - where the notion of "eternity" exists.

Formed in 2009, Paean is an Estonian Progressive Death Metal group that lyrically mixes together existentialistic, psychoanalytical and mythological narratives, where the conceptual fictions are accompanied by massive, complex and yet atmospheric diversity of extreme metal soundscapes, deriving inspiration from death/doom/black metal and ethereal acoustic interludes adding to the grim atmosphere.