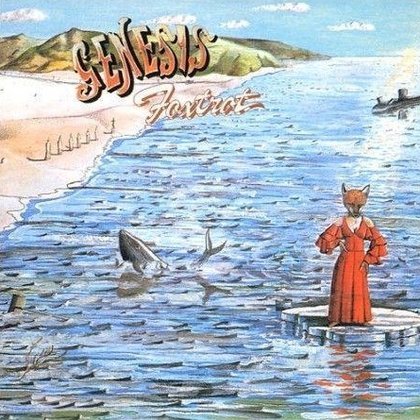 Side A:
1. Watcher Of The Skies
2. Time Table
3. Get ´Em Out By Friday
4. Can-Utility And The Coastliners

Among the top classic progressive rock bands of all times, Genesis is mostly known in for the superb line-up Peter Gabriel, Phil Collins, Steve Hackett, Mike Rutherford and Tony Banks, which played together from 1971´s "Nursery Cryme" to 1974´s "The Lamb Lies Down on Broadway".

No fewer than 14 albums in the storied catalogue of Genesis — representing their entire studio LP output with the exception of their 1969 debut — are to be reissued in 2018. 180 gram version featuring mastering from the 2008 Nick Davis mix. Includes a download voucher.

Genesis "The Lamb Lies Down on Broadway" 2CD