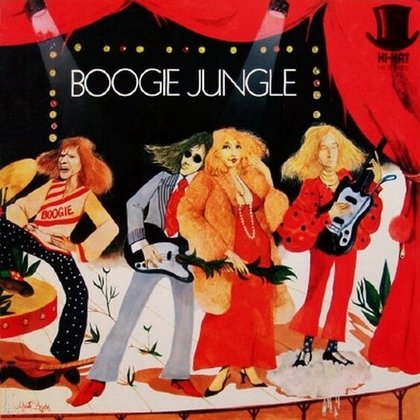 Kalevala´s first album "People No Names" is often considered a prog rock masterpiece, but it was also the end of the road for that incarnation of the band. Kalevala broke up in 1974 but eventually returned with a somewhat different lineup and recorded "Boogie Jungle" in early 1975. The album was a departure from the softer progressive rock stylings of the first album and introduced a harder rocking approach.

The long-awaited reprint on vinyl! BLACK vinyl, 300 copies made.