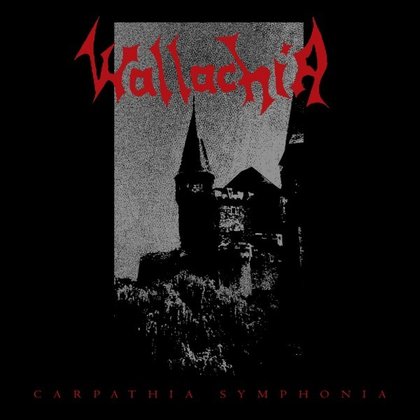 From Behind The Light (1999):
4. The Curse Of Poenari
5. Crucifictional Disinfection
6. Arges - Riul Doamnei
7. Skjold Mot Guds Lys
8. The Last Of My Kind
9. Knus Den Hellige Aand
10. Fullmaane Over Fagaras
11. Manifesting The Beast

This precious double album sounds like the noble echo of a time gone by. Indeed, "Carpathia Symphonia" is a sublime celebration of the golden age of Norwegian Black Metal. Containing three songs, the EP is composed of an exclusive new song, "Mother Tongue Of Heresy", along with a totally re-arranged and re-recorded version of "Arges - Raul Doamnei", and the classic WALLACHIA hymn "Fullmoon Above Fagaras" (this time with English lyrics).

CD 1 contains the “Carpathia Symphonia” EP as well as a remastered version of the debut album “From Behind The Light”. CD 2 contains the "Ceremony Of Ascension" album.